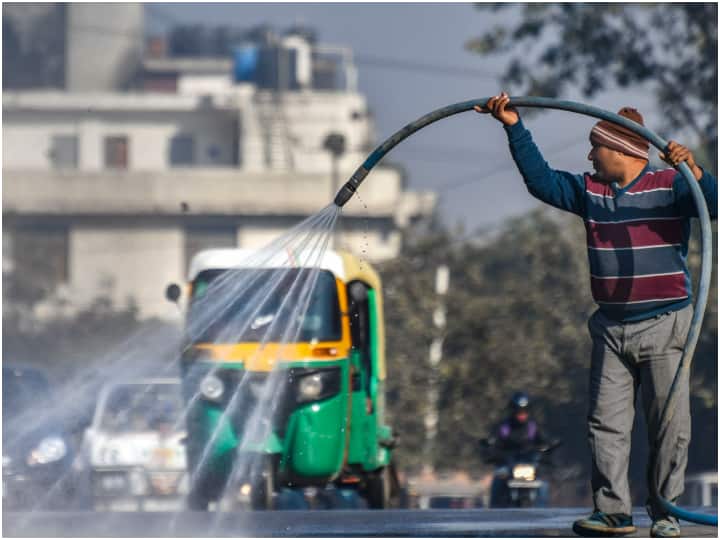 Delhi Records Cleanest Air Day: In the capital Delhi on Wednesday (January 25), the air was quite clear and a decrease in pollution level was recorded. Due to strong winds, the air quality index was 160, which is much better than the last three months. And a day earlier, on Tuesday, the Air Quality Index was 237 (poor category). This information has been obtained from the daily national bulletin of the Central Pollution Control Board.

On Wednesday, along with strong winds, the sky remained cloudy in Delhi, due to which the maximum temperature was recorded at 19.3 degree Celsius. At the same time, the minimum temperature of Delhi has also fallen slightly. 10.6 degree Celsius was recorded on Wednesday. Light fog was also recorded on 25 January, with clouds forming a layer of haze and visibility ranging between 800 and 1,500 meters during the day.

The India Meteorological Department (IMD) has predicted moderate fog and partly cloudy sky for Republic Day, with no rain expected. Officials said that there is a possibility of light rain after January 29. IMD scientist Kuldeep Srivastava said, “Delhi will remain cloudy under the influence of western disturbance and no rain was recorded on Wednesday. Moderate fog is expected on Republic Day due to increased humidity. Visibility between 200 to 500 meters.” Will be.”

This will be the minimum temperature

On January 26 i.e. Thursday, the minimum temperature of Delhi is expected to be around 9 degrees. It will increase once again from Sunday, as a fresh Western Disturbance may affect Delhi between January 28 and 30. Meanwhile, the maximum temperature will remain between 20°C and 22°C by the end of the month.

read this also- Weather Forecast: Clouds may remain in the sky of Delhi on Republic Day, know the forecast of the Meteorological Department