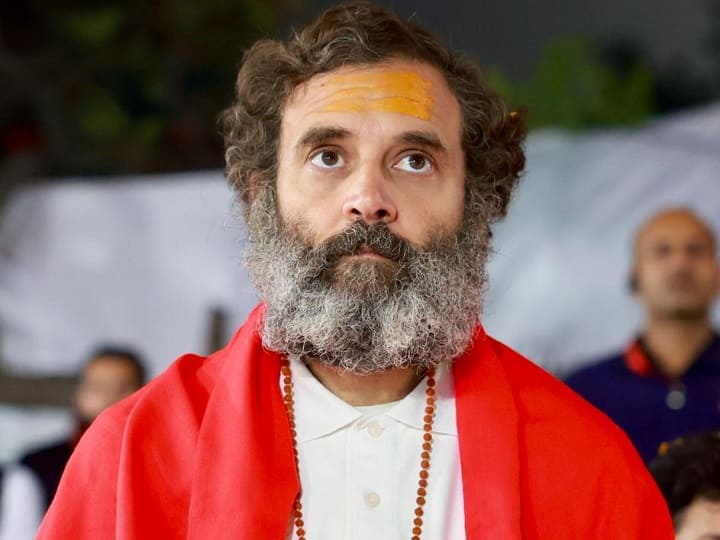 Rahul Gandhi, who set out from Kanyakumari on the ‘Bharat Jodo’ yatra, became an ascetic on his way to Delhi. When Rahul was roaming around wearing a white T-shirt in the bitter cold of the capital, he was seen as an ascetic and a saint among the Congressmen. In a press conference on January 9, Rahul also described himself as an ascetic.

In the assembly elections held 4 years ago in Gujarat and later in Rajasthan, Rahul had called himself a janeudhari Brahmin. Rahul has also called himself a devotee of Shiva. In such a situation, the question is being raised in the political corridors that what is the need for the biggest face of Pandit Nehru’s secular Congress to first become a janeudhari and now an ascetic. Philosophy or politics the reason for becoming ‘ascetic’? 3 points…
After 2013, the Congress, which has lost 40 assembly and 2 Lok Sabha elections, is constantly changing its organization and strategy. In the course of this change, Congress sometimes goes on the path of soft Hindutva, and sometimes on the path of constitution and secularism. This is the dilemma of the Congress as well as its weakness.

In the Bharat Jodo Yatra, Rahul’s ‘ascetic’ form and answers to the questions have intensified the discussion that will Rahul now only talk about philosophy and principles or will he do politics as well? Why are Rahul himself and Congress strategists doing this? Let’s understand it in 3 points…

1. Focus on the face after the Antony Committee report- After the crushing defeat in 2014, Sonia Gandhi formed a committee under the chairmanship of AK Antony. The committee attributed the defeat to Muslim appeasement and absence of the organization in the elections.

In the report of the committee, it was said that the issue of Hindus should also be taken up by the leaders of the party. Along with this, emphasis was also laid on changing the image of the biggest face Rahul.

In these states, the votes of minorities go to regional parties. The main reason is the outspokenness of local leaders on the issue of Muslims. In such a situation, the Congress is now busy in changing its strategy.

3. Hindutva is a big factor in the 4 big states where elections will be held in 2023. Assembly elections are to be held in Karnataka, Madhya Pradesh, Rajasthan and Chhattisgarh this year. There are 93 Lok Sabha seats in the four states. That’s why these elections are also being called the semi-finals of 2024.

According to Census 2011, Madhya Pradesh has 90.8% Hindu population, Rajasthan 88.49%, Chhattisgarh 93.25% and Karnataka 84%. Madhya Pradesh was the first state for the BJP-Jan Sangh, where the party formed the government in 1977. 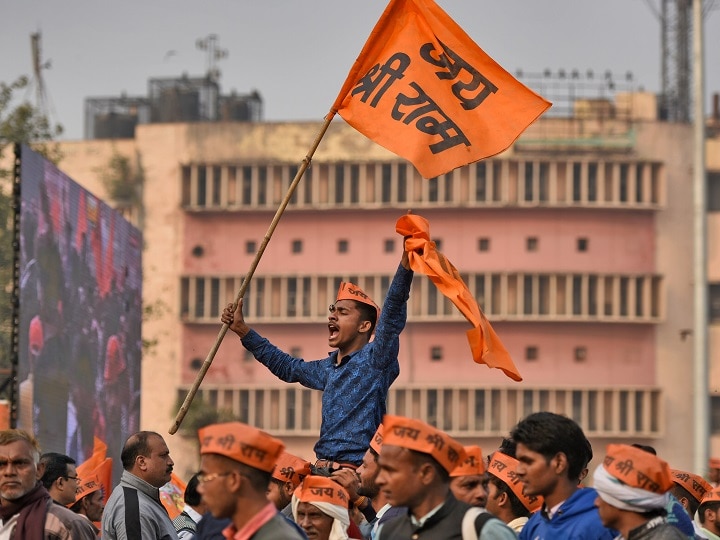 The challenge before the Congress is to save the government in Chhattisgarh and Rajasthan, while the party is trying to make a comeback in Madhya Pradesh and Karnataka.

Rahul said in a press conference that we are not working to win or lose an election, we are fighting a battle to defeat an ideology. However, what will be his role in the Congress, Mallikarjun Kharge has to decide.

In the CWC meeting after the defeat in 2019, Rahul had said that senior Congress leaders did not support him in raising the issue. For this reason, Rahul is engaged in deciding the issue by keeping distance from the work of the organization.

The most discussed topic in the camp was the poster with the picture of former Prime Minister Narasimha Rao, which was put up for the first time in any Congress program. In fact, former PM Narasimha Rao was isolated after Sonia Gandhi took over. In a public event in 2011, Mani Shankar Aiyar, a leader close to the Gandhi family, had said that the party high command was feeling uncomfortable with Rao after his role in the Babri demolition.

Manmohan Singh’s media advisor Sanjaya Baru claimed in his book ‘Accidental Prime Minister’ that after the death of the former PM, the Congress high command put pressure on his family and got his last rites done in Hyderabad. The reason for this was the collapse of the Babri Masjid during Narasimha Rao’s government.

Congress’s soft Hindutva strategy has been flopping
This is not the first time that the Congress is busy in helping the majority in politics with the help of soft Hindutva. In 1956, the Congress established the Bahujan Sadhu Samaj to counter the Jana Sangh. In 1966, this organization opposed the Congress government against cow slaughter.

This organization came to an end in 1967 after a dispute between Indira Gandhi and old Congress leaders. In 1984, Rajiv Gandhi’s government had given instructions to open the lock in the Ayodhya dispute.

In 2017, the Congress started implementing it again by telling Rahul Gandhi’s gotra, but kept silent on it after the defeat in Gujarat. Congress has again started on this path. It will be interesting to see how the Congress plays against the BJP on the pitch of Hindutva.